Partners in Fighting Crime: How Security Companies Work with Police 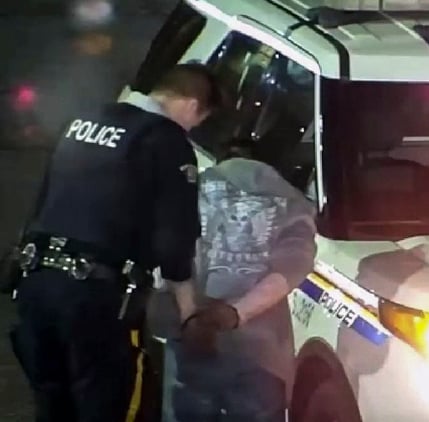 As any Redhanded™ remote guarding operator can tell you, apprehensions are a team effort. So much depends on having efficient communication with responding officers.

From day-to-day, it takes an entire team—clients, security providers, and police—to stop criminals in their tracks. Within our Command Center, operators work with police and contact clients when an alarm goes off. It's important to remember that in addition to a good security system, the responding officers - regional PD or RCMP form an important part of your security footprint.

If police in your area are familiar with you and your site, they will have home court advantage if there is ever a perimeter breach or trespassing attempt. If an officer is to visit your site - whether it be on an unrelated incident - take a minute to show them your site. Point out where the high-value assets are and the access points around your perimeter.

We recommend that you encourage your local officers to stop by and build a working relationship with them. One of our customers has gone so far as always having fresh coffee brewed in an effort to maintain an open-door policy for police officers.

Take a moment to educate the officer about your security system and explain how a live video monitoring system benefits them during a dispatch.

One advantage of real-time video is it allows the Command Center to track multiple suspects and direct police to where they can be apprehended. These Redhanded apprehensions are great examples of the collaboration required (click links to view video footage).

Triple Threat: Redhanded security cameras caught three intruders taking items from a construction site and stacking them along the fence line.  One of the intruders left to act as a lookout ("Standing Six" in police terms) while the other two continued on with the theft.  Our monitoring station personnel were on the phone with the police dispatcher and notified the attending police of the lookout's position.  Police arrested the lookout and surrounded the site.  With the aid of a police dog the other two suspects were arrested and charged with Criminal offenses.

Theft from Auto: Radius operators caught a suspect tampering with vehicles at an auto dealership. After arresting him, police found a catalytic converter in his backpack. The catalytic converter was confiscated and returned to the customer.  This apprehension and arrest resulted in the solving of other Catalytic converters in the same area and further charges were brought against the suspect.

2 for 1: A suspect jumped a fence at a construction site and attempted to enter a building. Officers waited outside while Suspect 2 moved cable and wiring. He was tracked by police and arrested off-site. A K9 unit was used to apprehend Suspect 1 inside before he could complete the theft.  All materials gathered in this incident were returned to the saved and returned to their original position on site.

Smelly Shelter: Redhanded analytics-enabled security cameras picked up on a slim-built male trespasser wearing a long, black coat and beanie at a construction site. With the help of Command Center Operators, the responding officers found him hiding in a portable toilet and apprehended him.

We work with our customers to establish a set of event procedures outlining customer preferences as to how we respond to a suspected trespasser. In the case of one high rise construction company, we were directed to contact the client immediately. That meant, one evening the client had a front row seat to the action and Radius successfully provided police with the evidence needed for an arrest.

Collaboration:  When Redhanded security cameras captured a person wandering around a construction company parking area, the Command Center operator used a Suspicious Behaviour Alert to demand the person call the Radius number and identify themselves.

The operator, as per client instructions, called the client. During the call, a Radius PTZ (pan-tilt-zoom) camera picked up the suspect again. The client was able to watch live footage of the intruder and instructed the operator to dispatch police immediately.

The suspect left the site in a getaway van, which the police later intercepted thanks to the license plate recorded on camera. At an officer’s request, Radius forwarded pictures of the suspect, who was then taken into custody.

A security provider must follow not only company and client protocol in responding to alarms but, obviously, local laws and regulations.

Security Operation: When a man in a black puffy jacket and beanie trespassing at a construction site set off Redhanded alarms, separate Radius operators called police. The operator then sent a video clip of the suspect and the beige container where he was hiding. to responding officers who apprehended the suspect and released him after questioning. After the police cleared and patrolled the entire site, the security guard arrived to finish securing the site.

As this incident shows, a successful apprehension demands teamwork. Redhanded™ operators supported each other on the job. They tracked a suspect and provided police with information. Each party had a role to play.

To view more video clips of police apprehensions, visit our Caught in the Act page.