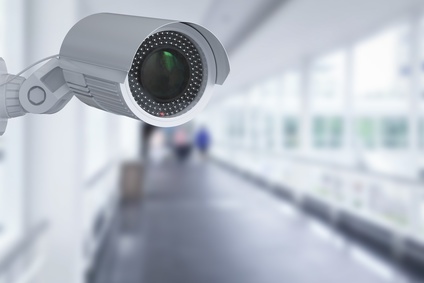 Once upon a time, a security system meant an annoying car or house alarm that woke up the neighbourhood at all hours. Nowadays, a security system usually includes video cameras, if only a basic web cam from a big box store. Future security systems, meanwhile, will take advantage of recent developments in AI (artificial intelligence), facial recognition, deep learning, forensic video analysis, cloud storage, drone detection and IoT (Internet of Things).

With such a breathtaking array of options, choosing a security system can mean learning a whole new vocabulary. Here’s a brief introduction to basic terms and concepts you may come across.

Video Analytics: The use of software to analyze video feeds to detect, categorize and track objects in real time using complex algorithms with predeteermined criteria. Radius’ Redhanded security cameras using Human Detection Technology, for example, processes video to separate foreground elements from the background. It can distinguish between animals, people and vehicles in all weather and lighting conditions.

Remote Guarding: A system of video-analytics-enabled security cameras continuously monitors your premises. Once the software detects a suspicious event, it sends an alarm to a central monitoring station. Operators respond immediately by monitoring the triggering event via live video feed. Using a specialized camera, they view the secured area in real time. [ETA:] Video analytics, together with monitoring station automation software, detect intruders on your site and produce event-driven video alarms..

Intrusion Detection: Security equipment, including cameras, door and window contacts, glass-break sensors and motion detectors, for detecting intruders from entry points and within a building.

PTZ (Pan Tilt Zoom) Cameras: As the name suggests, these remotely controlled specialized cameras allow operators to pan an area, tilt the camera to check multiple angles and zoom in on suspicious activity for a closer look.

IP Camera: An Internet Protocol camera is a digital video camera that can send and receive data over computer networks and the Internet.

DVR: A digital video recorder takes video footage from an analog security camera, compresses it and stores it electronically. This electronic data can be transmitted via cables, the Internet and cellular networks, and stored on site, in the cloud and on other servers. This allows you to retrieve video clips for analysis and evidence.

NVR: A network video recorder is a software program that receives video digitally from a network and not by video capture hardware. However, it is typically used with IP cameras that process and encode video before sending it to NVR for further processing, compression and storage. Like DVRs, NVRs allow you to transmit and store data, view videos remotely and retrieve video clips.

[ETA:] DVRs/NVRs store historical footage, typically for about 30 days, depending on the number of cameras, and allow remote video access via Internet.