Are You Safe? Mapping Crime Across Canada 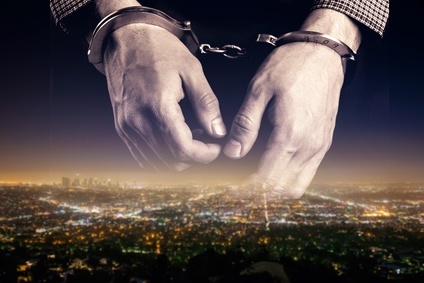 Maclean’s has organized the 2016 crime statistics into a convenient database that ranks Canada's Most Dangerous Places 2018.  A quick click and you can sort the rankings by the type of crime. North Battleford, Saskatchewan, tops the list for overall crime.

Overall, crime in Vancouver dropped 1.5 per cent in 2017. There were fewer property crimes (two per cent decrease) and deadly motor vehicle accidents. However, homicides went up from 12 to 19, a 58 per cent increase. According to Statistics Canada, Vancouver had the fifth-highest crime severity index (CSI, 94.3) among census metropolitan areas (CMAs)

For current information, check out the Vancouver Police Department’s crime maps, which track commercial and residential break-and-enters and thefts of and from automobiles. The VPD also publishes monthly reports of crimes by district, with city totals.

Radius Security in Vancouver has also compiled a list of links to crime maps and statistics for municipalities in Metro Vancouver and for B.C.

Although Canadians perceive Toronto as unsafe, second only to Winnipeg, Statistics Canada reports it is in fact one of the safest major cities in Canada. In 2016, Toronto had the third-lowest CSI among CMAs, and before 2016, Quebec City and Toronto consistently recorded the lowest police-reported crime rate.

You can explore up-to-date crime statistics at the Toronto Police Service’s Public Safety Data Portal. The TPS has switched from the crime mapping service common in Metro Vancouver to a more sophisticated crime app The new TPS crime app shows the total reported crime for the year to date, as well as totals by type of offence. You can also search by crime type, police division and report date.

Prefer a statistical report instead of using an app? The TPSB Monthly Statistical Briefings provide a city-wide overview of crime stats, with year-over-year comparisons. These monthly briefings include the most recent monthly maps of mental health-related calls and Mental Health Act apprehensions, plus violent crime and traffic statistics.

Thanks to fewer break-and-enters and robberies, Calgary’s CSI dropped 6 per cent in 2016, after posting the country’s largest gain (+30%) in 2015. Unfortunately, Calgary’s crime mapping service is currently undergoing maintenance and is unavailable. Statistical reports, however, are available.

Edmonton, meanwhile, scored Statistics Canada’sthird highest CSI for 2016 (105.7), behind only Regina (125.8) and Saskatoon (117.8) and fourth highest police reported crime rate. The Edmonton Police Service maps crimes by neighbourhood, using a service similar to the one in Metro Vancouver.

Crimes by type of violation and by province and territory. Statistics Canada.